This article is about;
・Bisen Aoyagi, Japanese calligrapher, Shodo performer and Modern artist.
・You will know who’s who of Bisen Aoyagi and interesting facts about her.
・Many photos of her artworks from her instagram and so on. Don’t miss it.

Bisen Aoyagi, a young Japanese Calligrapher, is gradually getting fame, also known as a modern artist or a Shodo performer. (Shodo is a Japanese word meaning Calligraphy.) She is still halfway to change the old calligraphy world to a modern cool one by mixing it with new technologies.

This article brings you information for all about Bisen Aoyagi; you can know her profile, background and what her artworks are like. It also focuses on her philosophy of calligraphy and dynamism in her works, which must surprise you.

Bisen Aoyagi was born in 1990, Osaka, Japan. Her grandmother taught her calligraphy since she was a little kid. When she was just 4 years old, her calligraphy got an local award. 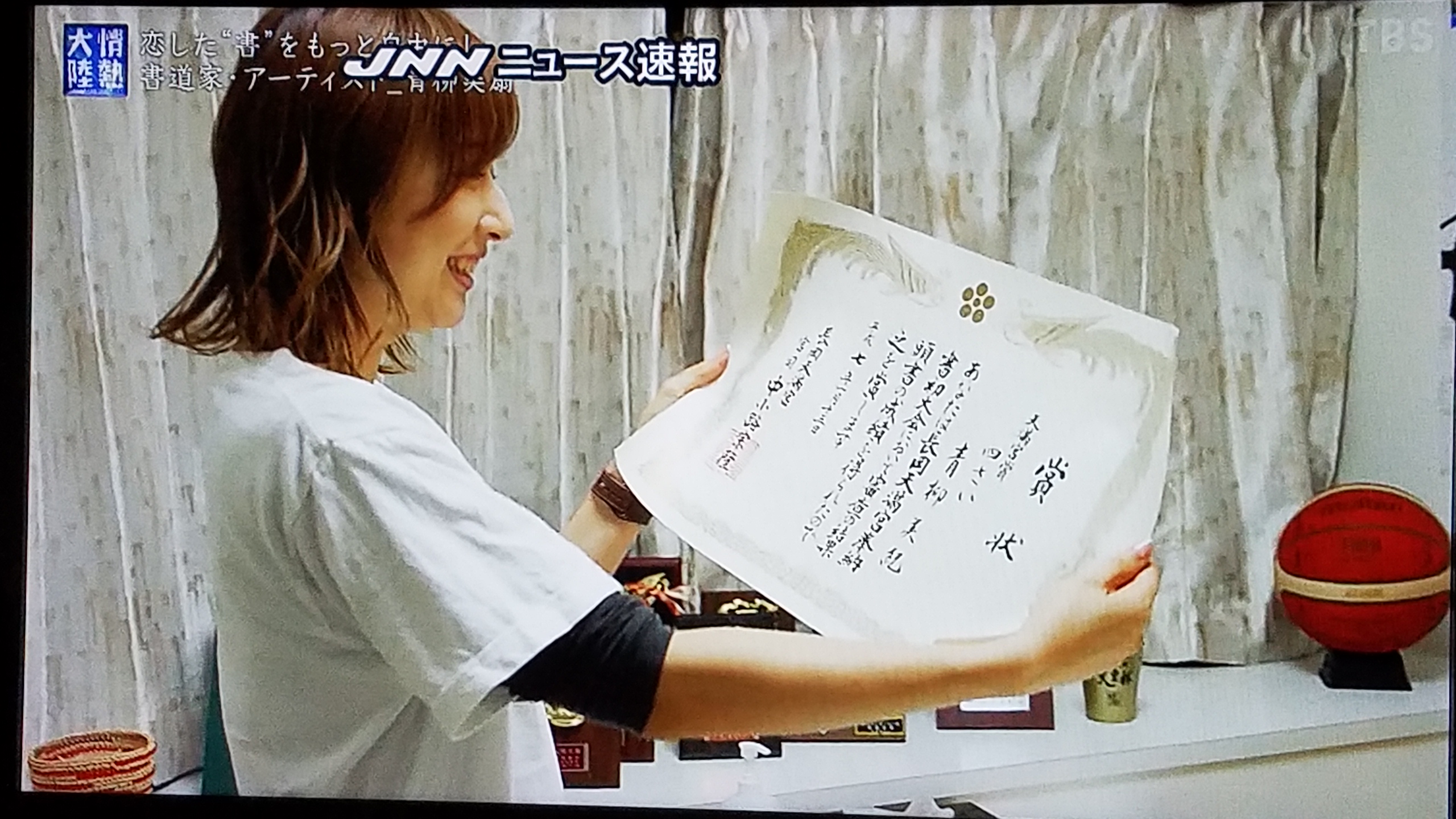 Here you can experience the world of Bisen Aoyagi. You can check her artworks with a lot of pictures and videos.

She writes one letter from her name. Video from her Instagram.

Her calligraphy can be seen in Sports events, Video games and Anime.

She used to disguise as Samurai, wearing heavy armour, when performing.

She works on various types of modern art; all based on Calligraphy.

🔍Phoenix
It is made from injected letters of “美” from her name. I took this photo in 2021 at her exhibition held in Tokyo. 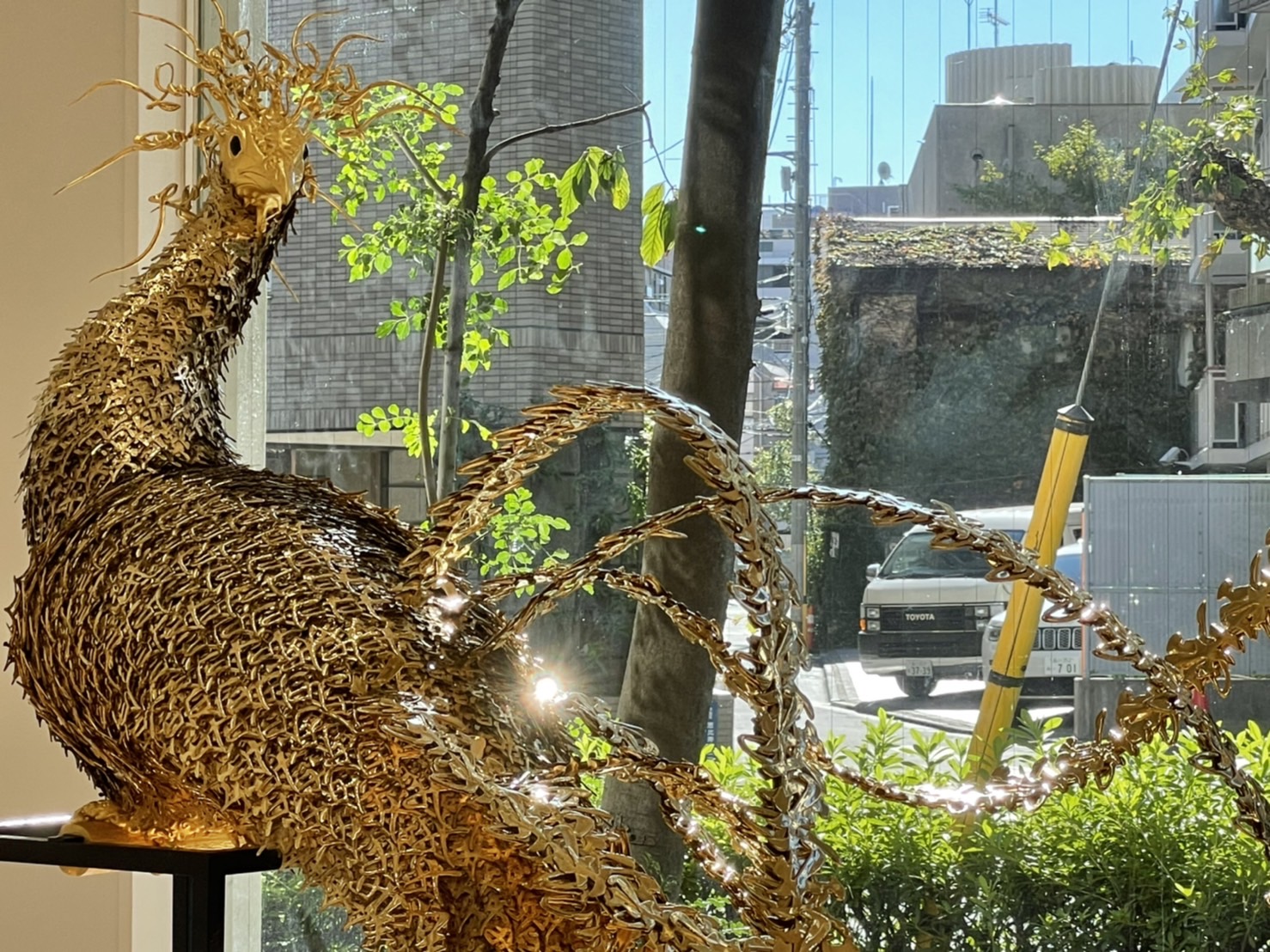 This golden phoenix is made from thousands of tiny injected small letter pieces of her calligraphy. 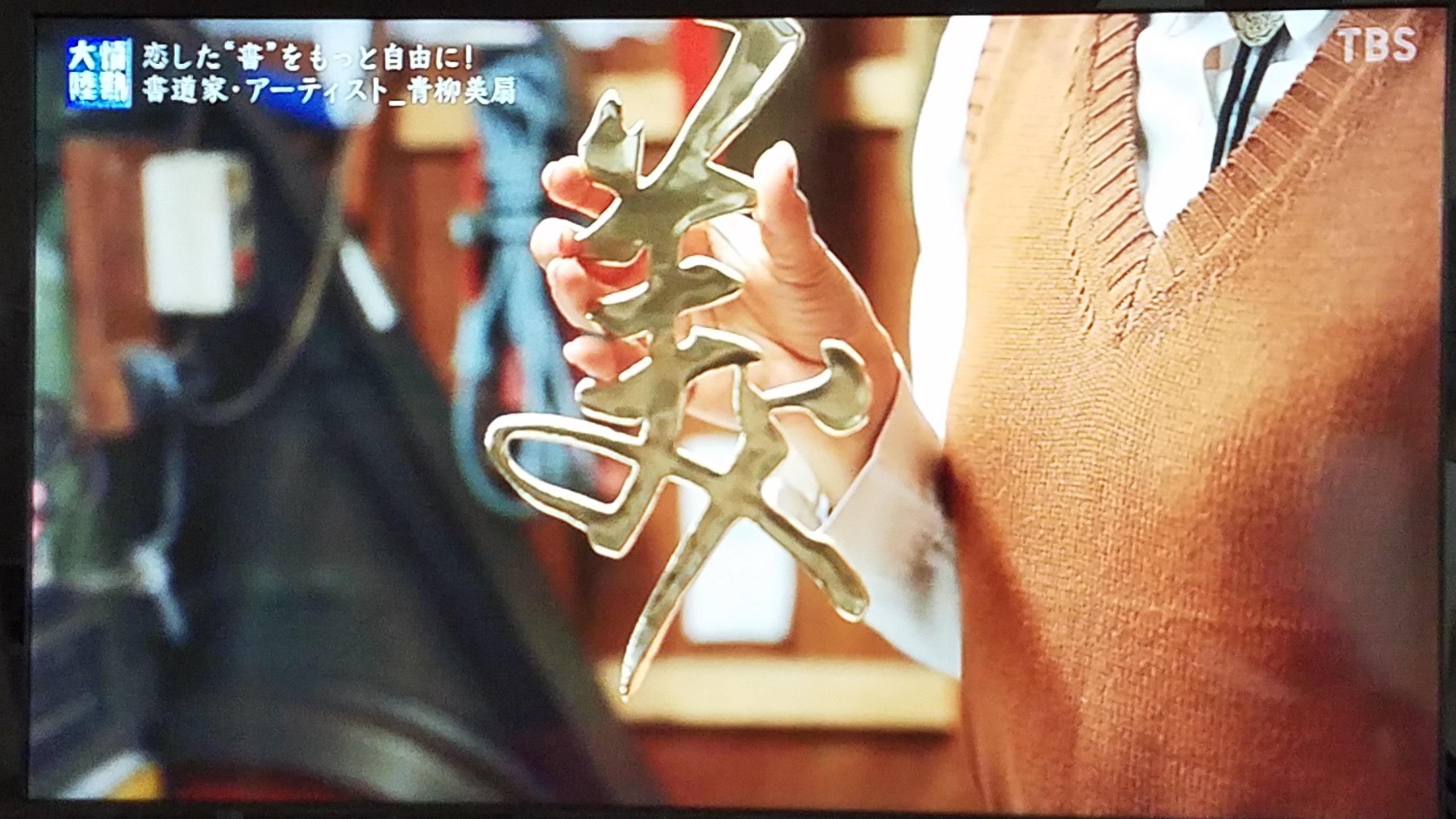 🔍Butterfly
It is made from injected letters of “美” as well. Photo taken in 2021 at her exhibition in Tokyo. 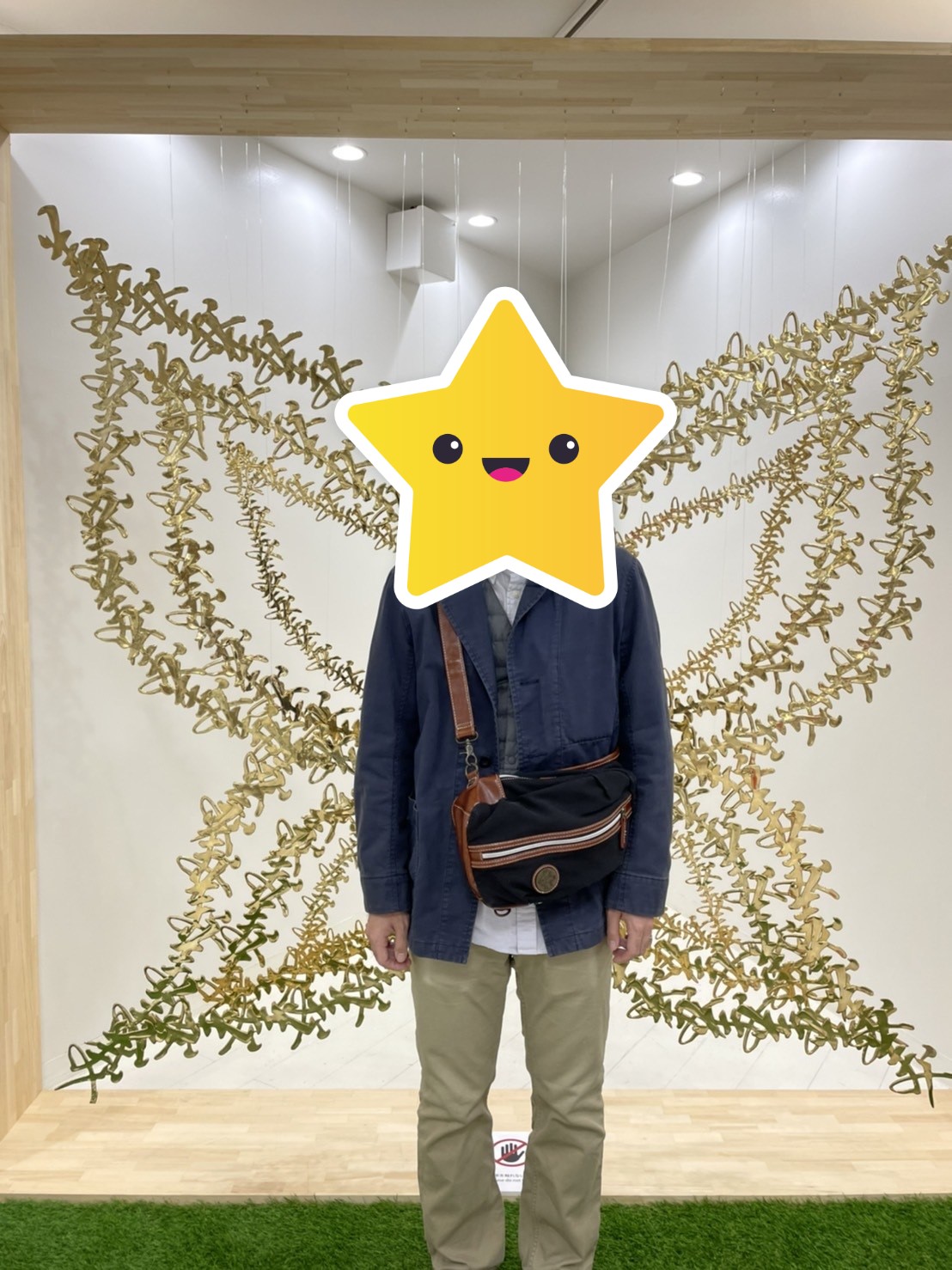 ３．Facts to know about Bisen Aoyagi

Here are interesting facts to know about Bisen Aoyagi.

She was talking about her aesthetics of calligraphy in a TV program. “spacial feel of blank white is important,” says she, and “plentiness of black ink” and “dynamism” are key factors as well. 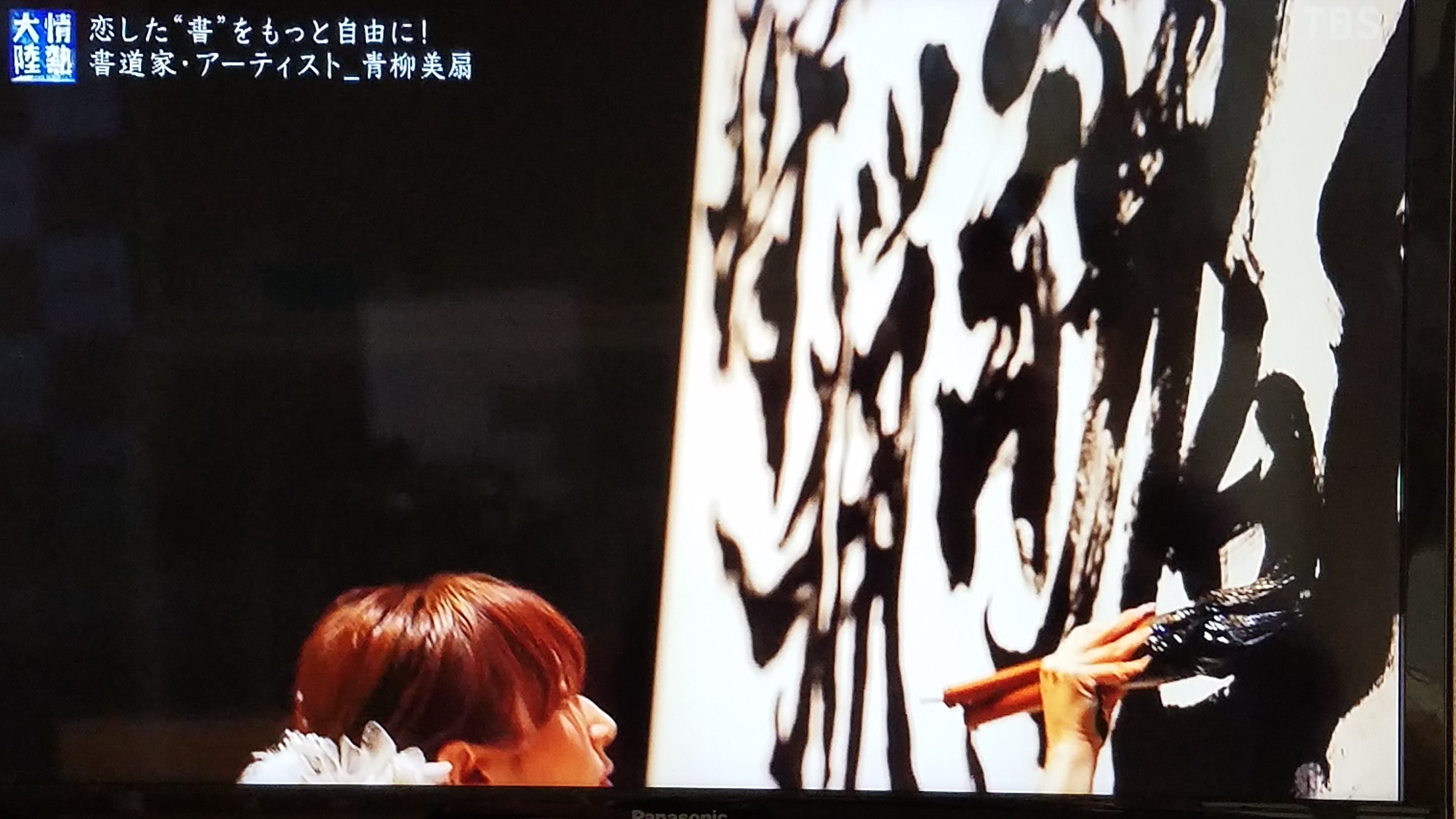 In the above picture, you can really feel the dynamism of letters and the spacy feel of blank white, looking like black letters are floating a little bit.

She has loved calligraphy so much since she was a little kid, wondering why calligraphy is not popular compared with other genres of art. Her dream is to make calligraphy more popular, by mixing with modern technology or other fields of arts. And now she is getting fame and making her dream real gradually.

・Her mother is an assistant

Her mother is assisting Bisen’s activity. 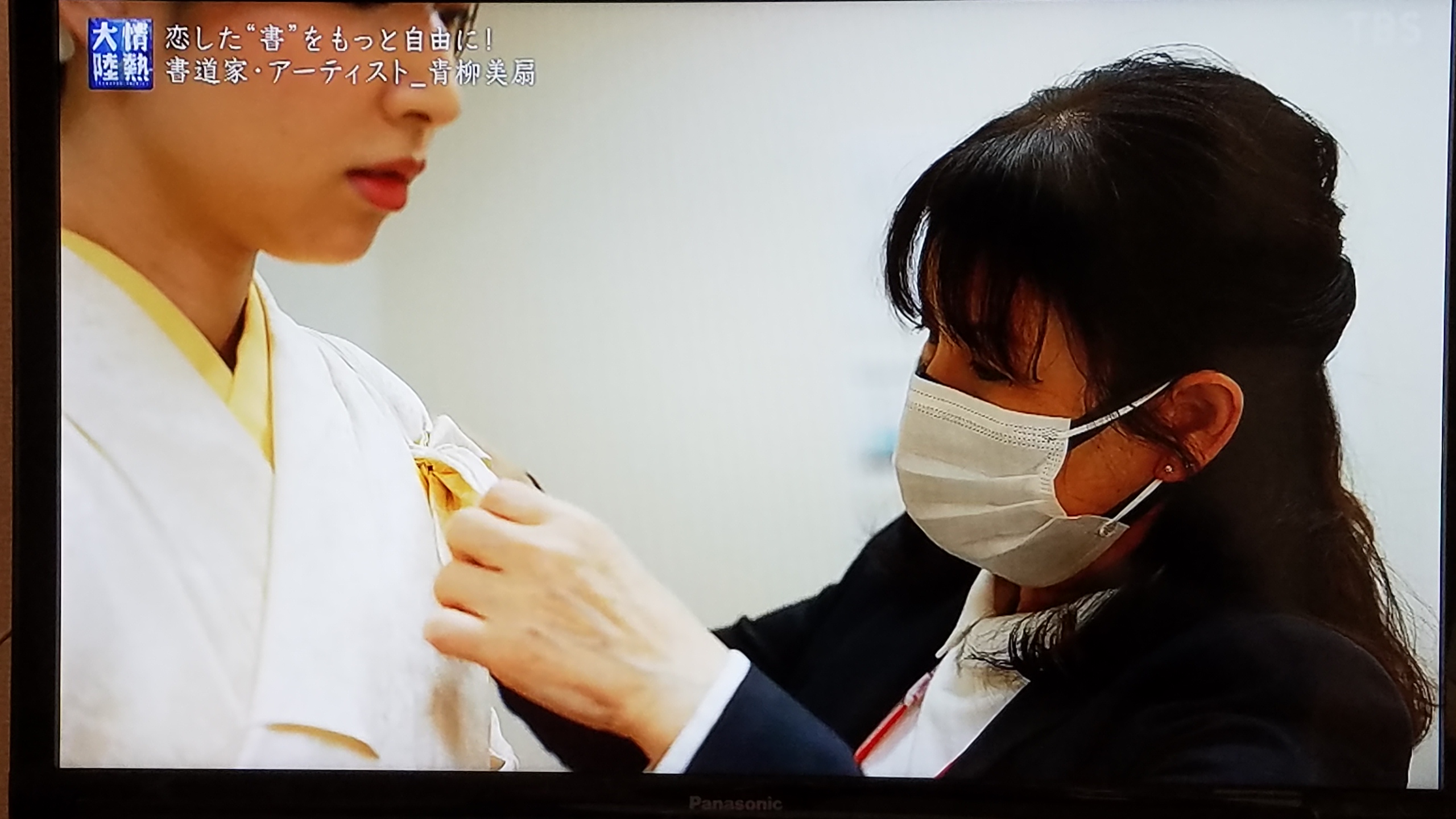 She produces her original goods for calligraphy such as Writing brush and Ink. You can purchase them online. The Shopping site is here, but it is only in Japanese.

As a leisure activity, she loves fishing. 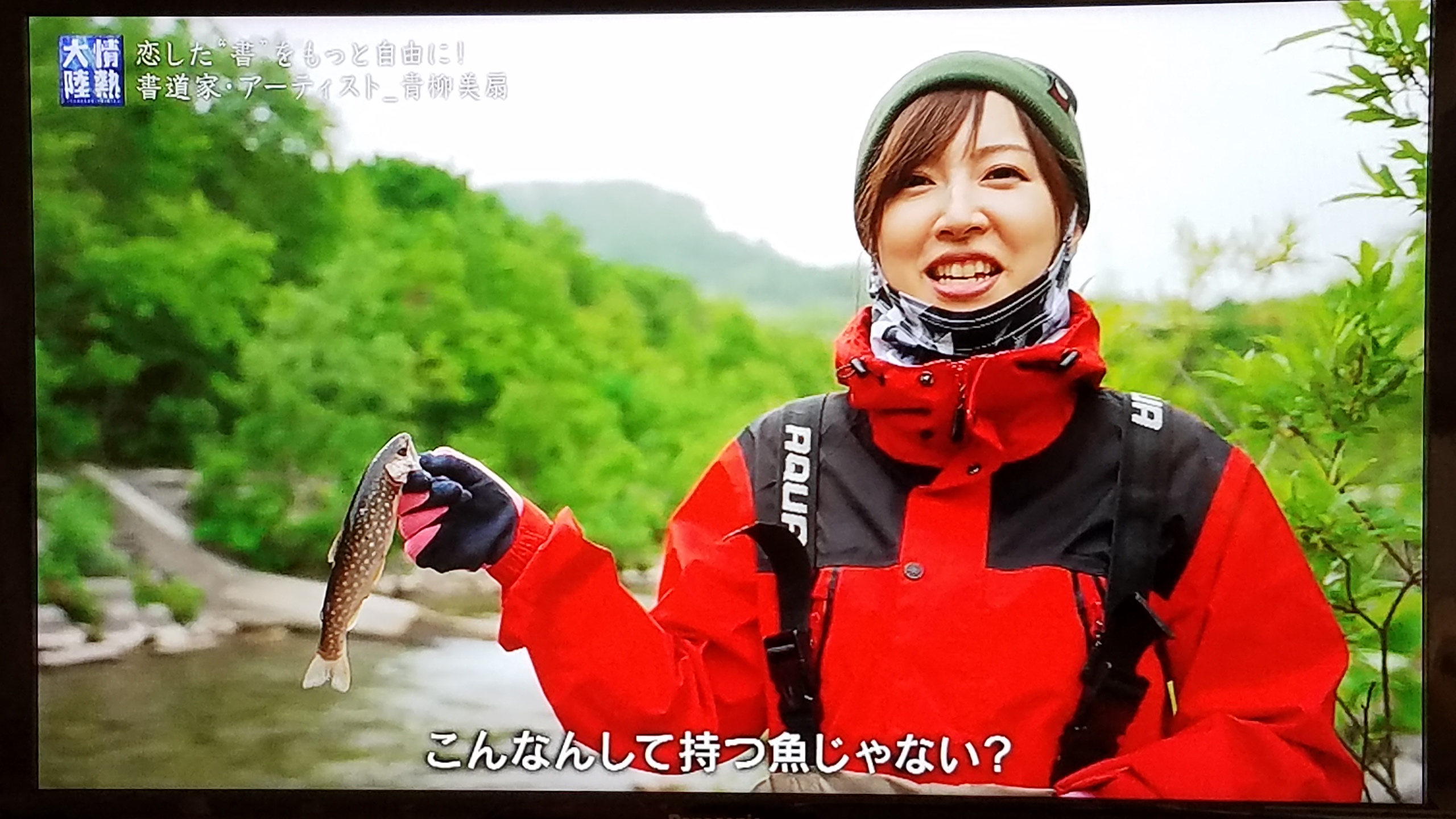 This article focussed on Bisen Aoyagi, Japanese calligrapher and modern artist. She posts in Social media frequently such as Twitter and Instagram. You can enjoy it even just seeing photos and videos.
At first, her activity was criticized by old & historical calligraphy world, but she never gave up and got its popularity today. I hope that she makes her dream come true and get popularity for Japanese calligraphy all over the world.